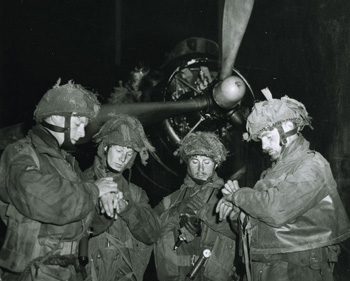 The decision of the Council following the recommendation of the sub-committee, shall be final and no correspondence concerning the decision will be entered into with publishers, authors, editors or compilers in respect to the merits of particular candidate publications. It shall be permissible not to make an award in respect of any year if no book is of sufficient quality to merit it.

The Society welcomes books from abroad and publishers are urged to bring potential candidates to the sub-committee's attention as soon as possible, as candidate titles qualify strictly by their year of publication and not from when they become known about and available in London.

Candidate publications must be about the History of the British Army by which is understood any aspect of the Army and its activities, including its Reserve or Auxiliary formations/units (Militia, Yeomanry, Fencibles, Volunteers, Home Guard or other temporary and part time units) or the land forces of the Crown before 1660, or the ‘Offices’ and institutions which supported them. Candidates may also deal with the same material in respect of the countries of the British Empire/ Commonwealth including forces maintained by non-Crown bodies within the Empire (the Honourable East India Company) or forces allied to and forming an integral part of the land forces operating on behalf of the Crown (North American indigenous peoples, for example).

The Templer Medal Award is an annual competition and the prize is awarded to the winner in the following April. Books are accepted for consideration based on the criteria that the book was published in that year. For example books published between 1 January 2014 and 31 December 2014 that also state the publication year as 2014 in the book are eligible for the 2014 prize.

To be considered a copy of the book submitted must be received by each of the five reading judges by 31 December in the year for which it is entered. The Short List of titles will be closed at the end of December.

No restrictions are made concerning whether a work is authored, edited or compiled or as to whether one or several persons are responsible for its content.

Titles competing for the prize will normally have been produced by companies which are members of the Publishers Association of the UK or a similar body in their country of origin. Works produced in very limited runs by ‘desk top publishing’ methods will not normally be eligible for the competition. Notwithstanding the above, privately published books shall be eligible if ‘called in’ by the sub-committee. Works produced for private circulation that are not commercially available, are ineligible.

Works must be in conventional printed book format. Works produced exclusively in electronic format are not acceptable. Publishers may submit copies of proof form before publication date; the book must, however, be available through normal commercial outlets before 31 December of the year in which it is included in the competition. Publishers should advise the sub-committee chair as soon as possible if a title which has been submitted is not going to appear in the year of the competition for which it is being considered.

The work must make a significant contribution to advancing knowledge and understanding of the History of the Army, as defined above, broaching new subjects or reexamining old ones by means of extensive, original research from primary sources. Moreover the successful candidates shall: