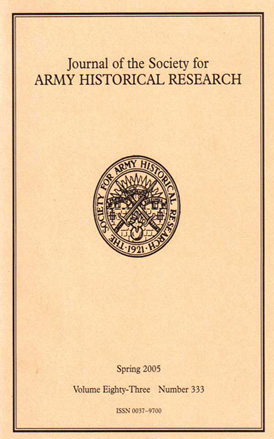 Three recent articles representative of the range and content of the SAHR's journal are available as samples for prospective members:

'How Far Was the Loyalty of Muslim Soldiers in the Indian Army More in Doubt than Usual During the First World War?' by Philip Stigger

'Some Notes on the Raising and Origins of Colonel John Okey's Regiment of Dragoons, March to June, 1645' by Stephen Ede-Borrett