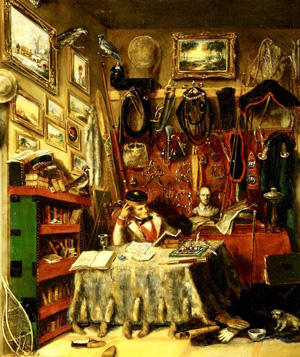 The Society for Army Historical Research provides grants to encourage and support research undertaken by those researching outside of the university environment. Each year, the SAHR will award a sum up to £1,000 to successful applicants. Applications are welcomed world-wide but are restricted to members of the SAHR. Grants are made for research towards publications that relate to the British Army or the Land Forces of the British Empire and the Commonwealth. For details go the IRG Rules and Guidance (approved 2017 for all subsequent competitions).

2020 Rupert Hague-Holmes has been awarded an IRG to cover travel costs connected with research for a biography on Lieutenant General Sir George Lea KCB, DSO, MBE (1912-1990). Lea was a battalion commander at the Battle of Arnhem in 1944 and, post WW2, held some key command roles, including CO 22 SAS in the Malayan jungle, GOC in Nyasaland and Southern Rhodesia, Director of Operations in Borneo during the Confrontation and Head of the Defence Staff in Washington.

2020 Jonathan Davies has received a grant to cover expenses relating to reproduction fees for illustrations that will appear in The Tudor Art of War, 1485-1558, which will be published next year.

2019 Sarah Ashbridge who is working on the procedures followed by British and Commonwealth armies in relation to the burial and recording of fatal casualties. Emphasis will be directed to the First World War, but also the procedures of 'modern times' dating back to approximately 1880.

2019 Alan Jeffreys to assist in the examination of privately held papers relating to British-trained officers of the Indian Army who subsequently attained senior ranks in the Pakistan Army.

2019 Patrick Watt for a project on how military museums in the UK developed their presentation and interpretation policies in the second half of the 20th century.

2018 William A. Heap has received the IRG for this year to assist in the production of high-resolution illustration images for his forthcoming book Queen Elizabeth's French Wars, 1562-1598 to be published by Unicorn. The study will establish the scale and importance of English military assistance in the French Wars of Religion in which it acted as the arsenal supplying the Huguenot forces. The grant will also contribute towards the reproduction fees required by the institutions holding the original maps and plans.

2017 Guy St-Denis - The grant was awarded to assist with the cost of travel from Canada for research at The National Archives into the life and generalship of Major-General Sir Isaac Brock. Mr St-Denis is writing a comprehensive new biography of Brock, commander of the forces in Upper Canada during the Anglo-American War of 1812.

2017 Paul Huddie - The grant was awarded to facilitate travel from Dublin to London for research in the the British Library into the 'Naval and Military Funds and Institutions' directories. Dr Huddie will produce an original research almanac, as well as a detailed study of the Victorian and Edwardian military-orientated charitable provisions and the evolving social status of the British soldier for the Journal of the Society for Army Historical Research.