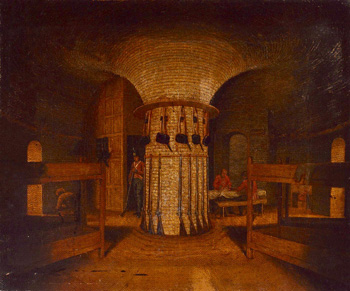 Established in 1921 to encourage the study of the history and traditions of the British Army, the Society for Army Historical Research is one of the nation's oldest military history societies. Since its early days, the Society has expanded its interests which now include non-regular and auxiliary British military formations such as Militia, Yeomanry, and the Territorial Army, as well as the crown offices and civil institutions that maintained them. The Society also aims to encourage the scholarly study of the land forces of the Commonwealth and the Empire including forces maintained by non-Crown bodies, such as the Honourable East India Company, or forces allied to and forming an integral part of the land forces operating on behalf of the Crown.

The Society's interests embrace the political, social and cultural aspects of army and regimental history, as well as the study of individual campaigns and commanders. The Society is also interested in the study of military artefacts and pictures, uniforms, badges and medals, arms and equipment. Chronologically, the Society's interests range from the late Middle Ages to the recent past.

The main activity of the Society is the publication of a quarterly peer-reviewed journal, reflecting its members' interests which are also catered for by a programme of special events and lectures. To recognize outstanding original research the Society awards the Templer Medal to the author of the best book published in the preceeding year on the history of the British Army.

To encourage the study of British military history among the younger generation, the society recently instituted an annual essay prize for students at universities and schools. Some modest research grants for graduate students are also available.