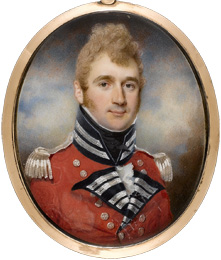 The Society for Army Historical Research

The Society for Army Historical Research (SAHR) is a learned society, founded in 1921 to foster "interest in the history and traditions of British and Commonwealth armies, and to encourage research in these fields." It is one of the oldest societies of its kind. Past members include notable British Field Marshals Wavell, Auchinleck and Templer.

The Society's interests embrace army and regimental history, military antiquities and pictures, uniforms, badges and medals, arms and equipment and the history of land warfare in general. Campaigns, commanders and common soldiers are covered from the sixteenth century to the 1970s. The SAHR also fervently promotes enquiry into the political and social aspects of war and military service.

The main activity of the Society is the publication of a quarterly peer-reviewed scholarly Journal reflecting the members' interests and presenting the results of their own research. The Society also produces a number of special publications.

It is with regret that the Council has decided to cancel the meetings arranged for 22 April 2020. When it is clearer how the situation facing all of us will develop it is hoped to rearrange as much as possible. More detailed information about the implications for the Annual General Meeting will be found on that page of the site.

Click here to view all news and event reports.